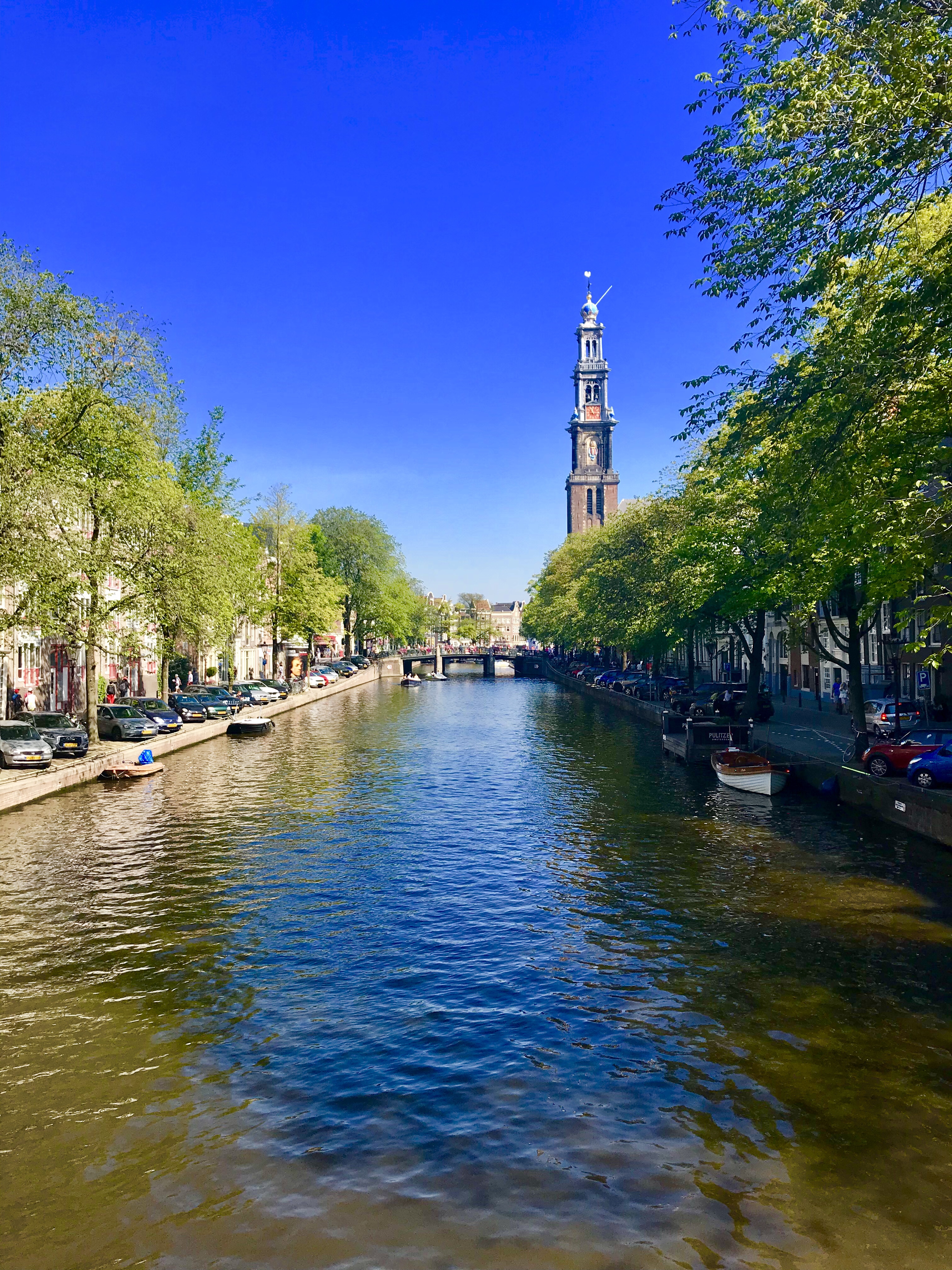 Where to eat in Amsterdam: Part 1 💛

This trip only confirmed for me that Amsterdam is one of the greatest cities in the world. It’s simply beautiful, every corner provides a new photo opportunity, or little cafe, a bar, an ice cream parlour, a quaint restaurant or fantastic vintage clothing and furniture shops. I absolutely loved it – quite frankly a long weekend wasn’t enough for me!

We were lucky enough to book The Pulitzer for this, my 29th Birthday weekend – and it was just fabulous! A beautiful hotel in a quieter part of Amsterdam, but much more picturesque than that of the Red Light District and Central. The hotel itself was just fantastic, within walking distance to everything we wanted to do and see, and we booked based on other peoples glowing reviews. The Pulitzer is a number of canal houses that have been knocked through to make a stunning hotel, boasting handfuls of original features everywhere you turned and housing a fantastic bar (more on that later) two lovely restaurants and all the facilities you could possible want and need.

Of course we we’re here for the food too!!

This was my birthday meal choice – We’re lucky enough to have two here in London, one in Covent Garden, the other on the 38th and 39th floors of 110 Bishopsgate that we’re yet to visit and we’re hoping to visit the Las Vegas restaurant in the next week. But the Amsterdam branch is utterly beautiful! Perched canalside with views from both the inside and outside seating, and right next to a public square with street performers and lined with bars. The restaurant itself is something special – the stunning trees feature in all of the restaurants all over the world as a central focal point piece of art. It’s intimate, comfortable, modern, relaxed and the very attentive staff set it all off!

The menu is extensive – a cultural mash up of Japanese, Brazilian and Peruvian cuisine that’s sure to please even the pickiest of eaters! We opted for several different small plates, and the menu is designed to be shared. The Wagyu Gyoza with kabocha puree and sweet soy pictured above were so tasty we had two rounds! The sushi is wonderful and fresh as you would expect!! But the star of the show for us was the Churrasco Rio Grande – a platter of mixed meats, Ribeye steak, Picanha Steak and Chorizo. They were cooked to perfection, like melt in your mouth perfection! We ordered out steaks Medium Rare as recommended by the staff, and they weren’t wrong! They were just beautiful! Have a few cocktails too to finish your meal off, sit back, enjoy the views, partake in some people watching and watch the world float by!

Ted’s was our brunch place of choice! A little cafe a short walk from Vondelpark which was our next destination during our Amsterdam adventures! Ted’s is just lovely, there’s no other way to describe it. Not a huge cafe but not tiny either, with tables for 2 or 4 or communal seating on rustic wooden tables at the back. We chose the communal seating so we could watch the food come out of the kitchen before we decided what we fancied! Many people were opting for the pancakes, a dutch tradition of course but these looked light and fluffy, and covered with fresh fruit!

After much deliberation and taking in to account our plans for the day Mike opted for the Eggs Benedict and a latte which was simple but so well done! A good way to start the morning! I opted for the chicken and avocado sandwich – Made fresh, the sourdough bread was soft but held up to the extensive filling, the chicken was tasty, the homemade guacamole was fresh and zingy and set off the chilli mayo – overall a very tasty sandwich, and more filling that it looks! Definitely the best breakfast/brunch we had during our stay, it’s very reasonably priced and would highly recommend a stop in, even if it’s just for a coffee and a slice of their homemade cake!

We actually stumbled upon this place accidentally, and had popped in for a few cocktails (which we’d highly recommend) before our dinner at Sushi Samba the previous evening, as it’s handily just around the corner in the public square I mentioned earlier. We’d walked from Teds to Vondelpark, which is an absolute must visit, and after walking through the suburbs to the Rijksmuseum – and we we’re definitely hungry!! We’d only decided on something small and snacky but which turned out to be (accidentally) much more!

We opted for the classic Nachos – and the platter we we’re presented with was absolutely massive. Crisp tortilla chips layered with ranch-style beans and a four-cheese sauce blend, topped with fresh pico de gallo, spicy jalapeños, pickled red onions, melted cheddar and Monterey Jack cheese, and green onions, grilled chicken and guacamole, served with sour cream on the side. Incredibly tasty and very difficult to stop eating, we were almost defeated! Now nachos would have been more than enough for a snacky lunch but after all the walking we had eyes bigger than our bellies, and decided to order the Whiskey Bacon Jam Sliders…Three mini-burgers with American cheese, a crispy onion ring, and homemade Jack Daniels Whiskey bacon jam on a toasted brioche bun. Possibly the best decision we’d made that day! Succulent little slider patties, and the sweet JD sauce was perfect with the onion ring – great decision as I said! We definitely revisited the cocktails we’d had the night before to wash everything down – they do fantastic margaritas for those wondering, and I’ll always order a margarita if it’s on the menu. There’s more choice of food than you can shake a stick at, the staff are quick to serve and enthusiastic to be working there amongst the Rock’n’Roll memorabilia which is worth a look while you’re walking through. I will say that this place is BUSY! Expect a wait for a table, but you can have a drink in the bar next door or browse the shop while you’re waiting. A bit of a tourist trap (whoopsie, definitely us!!) but fantastic food and worth a visit in any country! 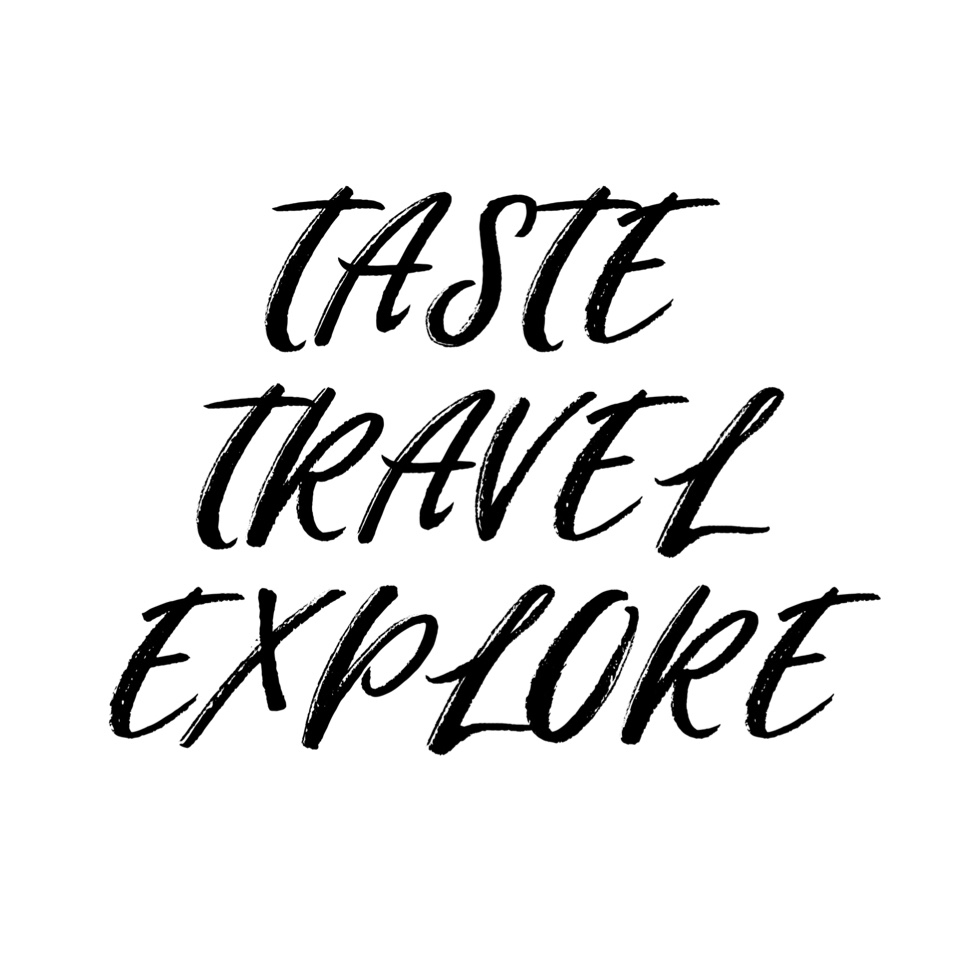